Latest Feeds
5 Ways to Reduce Muscle Loss While Injured
Choose the Right Options in Dresses for Your...
Should I Use an Instagram Followers App?
What Should I do After a Bus Accident?
How a Truck Accident Lawyer Can Help Claim...
Will I Have to Go to Court for...
Who Is At Fault In a Car Accident...
How Can My Indonesia Startup Company Impart Its...
Finding The Best New Orleans Personal Injury Lawyer
Hire hackers for removing negative links
Home Food & Recipes What are Chocolate Thai Terpenes?
Food & RecipesGeneral NewsWorld

What are Chocolate Thai Terpenes?

Although Chocolate Thai has gained in prominence in recent years, the cannabis strain has actually been around for around 60 years. Rather than a standard strain, Chocolate Thai is considered a ‘purebred’ (landrace) strain. What does this mean? While other strains have changed and been adjusted, Chocolate Thai is exactly the same as it was originally.

As the name suggests, its origins can be traced back to Thailand. However, its reputation was actually developed in the United States. Right across the 1960s and 1970s, and even some of the 1980s, it was one of the most popular strains of cannabis available on the market.

Why is it called Chocolate Thai? Great question, and it comes down to the appearance of the strain. With a dark color, Chocolate Thai is often compared to chocolate chips. Back in the day, they would be sold as Thai Sticks with the buds attached to the plant stem.

Today, we’re in very different times and Chocolate Thai Terpenes are presented in various different ways. For example, many manufacturers bottle the liquid for customers to use as an essential oil, to spruce up a juice, or to add some flavor to otherwise flavorless extracts. With the right terpene blend, you can take advantage of this classic strain in a new way. 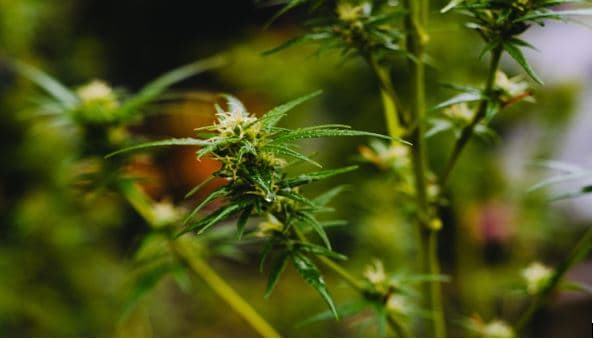 What are Chocolate Thai Terpenes?

In a recent survey from Leafly, respondents suggested that Chocolate Thai helped them to feel happy and uplifted. After this, the descriptive terms around these terpenes include creative, relaxed, and euphoric.

Why use Chocolate Thai terpenes? Well, as with many products in this niche, there were three common ailments that came top of the list; stress, depression, and anxiety. If you’ve been feeling the stresses of life recently, this product is likely to help. Fewer than one in five chose Chocolate Thai for pain an an even smaller number wanted to improve their fatigue.

Of course, there’s always a risk that comes with these types of products. Traditionally, Chocolate Thai would lead to a dry mouth and dry eyes. These are actually the two biggest problems since only 3% in a recent survey suggested paranoia and only 1% claimed to feel anxious or dizzy. With the newer forms of consumption, dry mouth and dry eyes are less of a problem.

Sometimes referred to as Thai Sticks, the Thai cannabis strain was first brought to the United States in the 1970s and has been an ever-present product ever since. Normally, the cannabis is dried and then tied to make a long stick (hence the name!). With Chocolate Thai, this comes from the Thai strain. Interestingly, there are two different strains created from Chocolate Thai; Chocolate Diesel and Purple Thai.

Over the years, scientists and researchers all over the world have been digging deeper into the cannabis plant, and this has led to the development of terpenes. Forgetting the effects that cannabis can cause, a terpene is the flavor and aroma that comes from cannabis. Every cannabis cultivar has a unique smell and taste, and this is a result of the terpenes. As well as skunky flavors, cannabis can offer woody, spicy, citrus, tropical, and herbal flavors.

As time goes on, we’re able to extract these flavors and tastes without bringing the THC (and therefore the normal effects that you would associate with cannabis). So far, over 200 terpenes have been discovered in the cannabis plant. As a result, we’re seeing many oils and similar products – this includes Chocolate Thai oils. If you choose this one, experts suggest you’ll get a chocolate/coffee aroma.

Things To Consider When Planning A Funeral

WHY SHOULD YOU MUST VISIT NEPAL IN 2022

Why you should consider melamine in your kitchen?