Latest Feeds
5 Indoor Trees to Enhance Your Home
Common Pedestrian Injuries Resulting from Car Accidents
What is Vitality Burn? A Detailed Guide
How Does Pursuing a Preparatory Course Help You?
Do Companies Value the Doctorates of Business Administration...
Why should you pursue a bachelor’s degree?
How to update QuickBooks Desktop
A Complete Guide To Metal Wall Art For...
What is Acronym24.com And What Does it Do...
Helping Elderly Stay Safe At Home
Home Business VPN Use Surges During the Corona Virus lock-down
BusinessTech

VPN Use Surges During the Corona Virus lock-down

Worldwide demand for VPN has been on the rise because of the work from home trend during the coronavirus pandemic. VPNservice providers and internet providers are working hard to handle internet traffic that has surged, after global lockdown. Months before the outbreak of the virus, the usage of VPNservice had grown to include 31% of internet users. Therefore, the use of a VPN was expected to grow but not at the rate recorded during the pandemic. But with the sudden growth in the use of VPN comes significant risks. 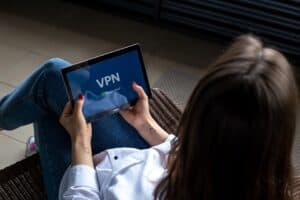 Investigations from independent research firms, such as Top10VPN, uncovered the need for VPN went up by 44% over the last two weeks of March; this has remained 22% higher than before the pandemic. On March 23, just after President Donald Trump signed a $2trillion stimulus package, the usage of VPNservice grew by 36% in the US. A report written by Top10VPN research expert indicated that online searches for VPNservice increased a few days after March 11when, WHO declared coronavirus a pandemic.

distancing measures took effect. The use of VPN doubled the previous levels in over 21 countries. For example, in Egypt, the demand for VPN reached 224% and remained at that level for a long time. Other countries, including France, the US, and the UK, recorded the highest VPN demand at 80% 41% and 35%, respectively, as was reported by Simon Migliano, an expert researcher at Top10VPN.

NordVPN revealed figures of the VPNsurge of its users. It reported that the use of its corporate-focused VPN increased by 165%, with UK and US usage growing by 48% and 66%, respectively, since March 11. NordVPN also realized an increase in the number of working hours put in by its users; the US appeared to lead with an extra three full working hours and Europeans, extra two hours. To keep up with VPN demand, VPNservice providers are installing more servers to cater to their needs.

Risks brought by the surge of VPN use

GlobalWebTKindex currently holds more than 400million consumers and businesses that are actively using encrypted connections globally. In 2016 Statista and Orbis Research estimated the value of the worldwide VPN market to be $15.64billion. The amount reached $20.6 in 2018, and it is expected to reach 36billion in 2022.

With an increase in demand for VPNservice, security risks will also increase. With the recent development of privacy policies in this field, the current nature of VPN technology leaves its users vulnerable to exploitation. How? User’s data is funneled through one company whose servers are located anywhere and can be accessed by anyone. Hackers have been known to use VPNs as a channel for introducing malware to the system and mine data.

Early April, Google removed a popular VPN app after it exposed its users to a typical hack known as ‘man in the middle’ attack. This hack was able to intercept the user’s data as a third party without any authorization.

VPNPro also uncovered SuperVPN’s weakness in February and alerted Google. By this time, SuperVPN had already gotten 100million installs by March 19 but was pulled down on April 7 by Google. There are still users on SuperVPN even after being advised to uninstall the app.

Guidelines were put in place by the US Cybersecurity and Infrastructure Agency at the beginning of March after noticing a potential increase in security risks during the coronavirus pandemic. It urged companies to put measures in place to reinforce business-focused VPN to prevent and avoid surprise attacks on their weaknesses.

To avoid being a victim of VPN hacks, you should evaluate the VPN carefully. You can begin your journey for secure VPN recommendations by further researching the red flags to check when choosing or subscribing to a VPNservice. It would also help to find out the VPN apps to avoid.

About YouTV Player Apk and How to use it?

Growth in South Florida Home Construction and the Buyers

How to update QuickBooks Desktop

What is Acronym24.com And What Does it Do...

What’s The Secret About WhatsApp?

What Are the Advantages of Working in Dubai?

TOP SIX SOFTWARE THAT CAN BEAT DOWN GRAPHIC...

HOW TO CHOOSE A LOCAL MOVER IN LOS...