Netflix New Releases for May 2020

Netflix is the real life-savior for millions of people especially during the lockdown period caused by the Pandemic. Many countries have suffered a massive downfall due to the Coronavirus effect. People have to stay at their home to stop the spreading of this virus. To help them spend some time, Netflix and other streaming services have offered special packages lets know the netflix new releases of may 2020.

If you are eager to know what’s coming to Netflix for May 2020, then here we have prepared a list of things that you will be able to stream out on Netflix in the coming days.

Without further ado, let’s get on to the list of the Movies and TV Shows which we can expect to see in the Netflix’s content library in the coming May month. Including Netflix hindi dubbed web-series. Here’s the list! 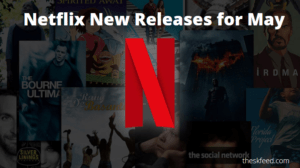 So guys, this is what we can expect from Netflix for the month of May 2020. The above-listed movies, TV Shows, Documentary, etc. are highly expected and we have even seen a lot of leaks and got release dates of many of them from various sources. Many of the above-listed titles will surely hit the Netflix platform on the listed dates. We will get to see more about the new titles in the coming days.

Stunning Places That Can Explore In Peru

WAYS TO SLEEP PEACEFULLY WITH LOWER BACK PAIN

“of course like your web-site but you need to test the spelling on several
of your posts. A number of them are rife with spelling problems and I find it very troublesome to inform the reality
on the other hand I’ll surely come back again.”

Learn These Tricks To Go One Step...

Why Should You Read Mortgage Loan Originator...