Conor McGregor is one of the most popular MMA fighters in the world, the now-retired fighter is known as “The Notorious One” as he is constantly using notorious verbal and mental tactics against his opponents. 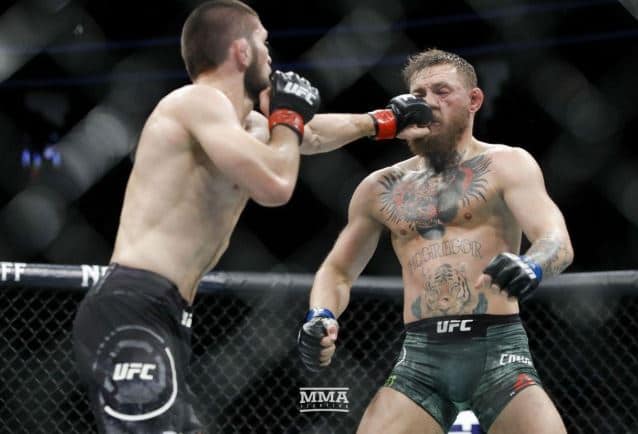 Khabib Nurmagomedov is Conor’s arch-nemesis and the two have been often seen and heard taking jibes at each other, Conor has retired from the UFC but that doesn’t stop him from taking jibes at his rival.

Khabib is going to compete against Justin Gaethje on the 24th of October 2020 for the UFC Lightheavyweight championship, Khabib would be looking to improve his record to 29-0 which would take him one step closer to fulfilling his late father’s wish, who wanted him to reach 30-0.

However, Justin Garthje is no pushover and will prove to be a stern test for the returning Khabib Nurmagomedov, both the fighters seem ready for the fight and Khabib recently said this on Instagram “ Justin is a very nice guy and a good opponent for me. But when the octagon closes, he has to be ready not only for a boxing match. I’m not Dustin or Tony. I will take him to the deepest ocean and drown him.”

It seems like Khabib is more than confident of his abilities as he respects Justin but also lets him know that he should be scared of him. Following this post by Khabib on Instagram, Conor could not contain himself and sent a message of his own to the champion.

Conor took to twitter and said “ In other words- I’m going to be running around the outside of the cage. And within the first ten seconds of the fight, I’m diving at his legs for a good whiff of his jockstrap.”

Conor and Khabib have always had an intense rivalry and even though Conor is retired many fans believe that he will come back for one more fight against Khabib, that however seems like a distant possibility as before going after Khabib, Conor would have to cement his position back in the division and as UFC president Dana White has said that there is no chance of Conor returning to the Octagon this year, it seems highly unlikely.

It seems like fans might not actually see Conor and Khabib competing against each other in the Octagon, and thus we as fans must enjoy the banter between the two on Social media.

What are the benefits of using hand-made candles?

Best Knives for Your next Out Door Camping